The best of Both Worlds

The content is that high end Dentistry nowadays doesn't Work economically without digital Support. Without hard work, Training and talent neither. 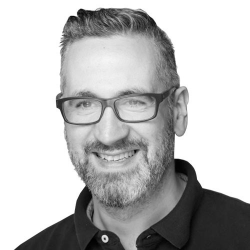 Numerous participations in advanced training and internships with outstanding teachers in dental technology,
among others:

2003 Master Education in Disseldort and Cologne

2006 Foundation of his own laboratory in Bochum with a special focus on anterior aesthetics, function and
implant prosthetics

2015 Appointed a member of the Dental Technicians Guild

2010 Development of own, optimized platinum foil for use with veneers with Creation CC in cooperation with the
company Ador Edeimetatie

2014-2017 initiator of the “Pandoras Box” course series with Jan Haito {patient cases from A to Z (advice,
photography, smile design, prep to cementation) for dental technicians and dentists)

2019 Attendee at the Big Pictures Calender From Tearmwork Media