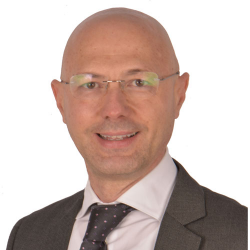 Born in Piacenza, Italy, on 19 November, class of 1964. .Graduated in "Dentistry and Dental Prosthesis at the University of MI 1988 with 110 cum laude. He improved his knowledge in Conservative, Prosthetics and Periodontology with the annual courses of Dr. S. Patroni and Dr. PP Cortellini. Thus the specialization course in Implant surgery techniques, (Prof. Weistein) at the University of MI, and the advanced surgery course applied to the implantology of Dr. C. Tinti and M. Simion. Perfects the techniques of mucogingival surgery with the theoretical-practical course of Prof G. Zucchelli. Active member of the Accademia Italiana di Conservativa e Restaurativa (AIC) since 1996. Active member of the Italian Academy of Esthetic Dentistry (IAED) since 2012. Active member of the International Academy for Digital Dental Medicine (IADDM). Professor a.c. at the University of PV ,Prof a/c at the Master of Restorative Dentistry University of Torino ,Bologna, Milano (Humanitas Huniversity .). Speaker on topics of Restorative Dentistry and Periodontology at courses and congresses at national and international level. Author of conservative and prosthetic dentistry publications in national and international journals. Author of the chapters related to amalgam and composite restorations of the Text "Restorative Dentistry" Ed. Elselvier 2009. First "Modern Dentist Case Report Award" 2002 for the conservative. Finalist (3rd place) at the AIOP-APS Excellence in Prosthodontics Award. 2015. He holds training and specialization courses in restorative subjects with a multidisciplinary vision at his own center (MFV Communication) in Vigolzone. Private Practice in Vigolzone (PC,Italy ) from 01.04.1989 with a multidisciplinary approach to dentistry. 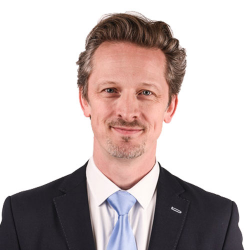 Daniel Cerny has received his dental degree at the Charles University, Medical School in Hradec Kralove, Czech Republic (1998). Doctorate degree earned at Palacky University in Olomouc in 2018 with the topic of adhesive post-endodontic treatment. Part-time faculty member at Palacky University Olomouc (since 2019). Previously an assistant professor at Charles University, Medical School in Hradec Kralove at the Dpt of Conservative Dentistry and Endodontics (1998-2007). Private practice in Hradec Kralove limited to adhesive dentistry and endodontics since 2001. President of the Czech Endodontic Association (CES) since 2015. Editor of Roots Journal - Czech edition. Co-founder and the first president of Czech Academy of Dental Esthetics (CADE) (2007-2009). Editorial board member of LKS journal (Czech Dental Chamber Journal) (2009-2013) Co-owner and CEO of the continuing education institute HDVI since 2010. Co- founder of the Dental Summit Congress in Prague (Since 2011). Author/co-author of 35 articles in dental journals. Co-author of 4 chapters in dental books. Lectures widely internationally.

Creating a Seamless Transition Between Implants and Natural Teeth in the Anterior Zone”. 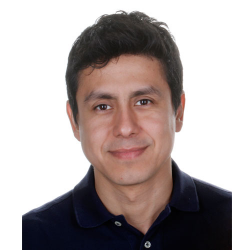 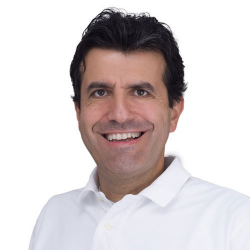 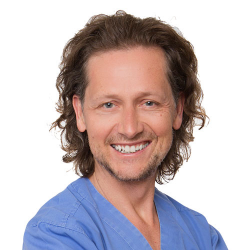 Dr Maciej Zarow graduated from Semmelweis University in Budapest in 1995. After a three-year training programme he achieved specialization in operative dentistry in 1999. From 1998 until 2005 he was teaching at the Jagiellonian University in Krakow. There, in 2002, he defended his PhD and, in 2005, he achieved specialization in endodontics. He is also the co- author of more than 100 papers published in Polish and international journals. Dr Zarow is the author of a book called „Endo-Prosthodontics”: Guidelines for Clinical Practice, published by Quintessence Publishing (in Polish, Russian, English, French, Croatian, Chinese). His second book „Veneers” will be published in 2020 by Quintessence Int. 2012-2016 he has been editor-in-chief of the dental magazine Medycyna Praktyczna - Stomatologia. Since 2020 he is editor-in-chief of Polish edition of Quintessence Int. An active member of the Polish Academy of Aesthetic Dentistry, board member of European Society of Cosmetic Dentistry and and Country Chair Person of ESCD in Poland. Dr Zarow has lectured extensively internationally. Visiting Professor of University in Chieti (Italy) 2015-2016, lecturer for postgraduate master programs at UIC in Barcelona (since 2012). He is a Honorary Member of Style Italiano. He has run his private dental clinic since 1999 and postgraduate course centre, since 2003, in Krakow, Poland. 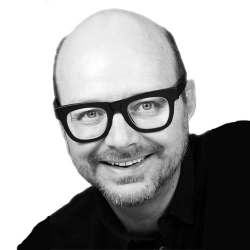 Dr. Pascal Magne is an Associate Professor with Tenure and the Don and Sybil Harrington Foundation Chair of Esthetic Dentistry in the Division of Restorative Sciences, University of Southern California, Herman Ostrow School of Dentistry, Los Angeles, CA.
He graduated from the University of Geneva Dental School, Switzerland, in 1989 with a Med. Dent. Obtained his Doctorate in 1992 and his Ph.D. degree in 2002.  Dr. Magne received postgraduate training in fixed prosthodontics and occlusion, operative dentistry and endodontics, and was a lecturer at the same university beginning in 1989 until 1997.
From 1997-1999, he was a Visiting Associate Professor at the Minnesota Dental Research Center for Biomaterials and Biomechanics, University of Minnesota, School of Dentistry. After concluding two years of research, Dr. Magne returned to University of Geneva Dental School and assumed the position of Senior Lecturer in the Division of Fixed Prosthodontics and Occlusion until he was recruited to the University of Southern California in February 2004.
Dr. Magne is a recipient of multiple awards from the Swiss Science Foundation, the Swiss Foundation for Medical-Biological Grants, was the recipient of the 2002 Young Investigator Award from the International Association for Dental Research as well as the 2007, 2009 and 2018 Judson C. Hickey Scientific Writing Award (for the best research article of the year published in the Journal of Prosthetic Dentistry) and the 2017 EVY AACD Award for Outstanding Innovation in Cosmetic Dentistry (American Academy of Cosmetic Dentistry). He is also the author of numerous clinical and research articles on esthetics and adhesive dentistry and is an internationally known mentor and lecturer on these topics. He also Furthermore, Dr. Magne authored the book Bonded Porcelain Restorations in the Anterior Dentition - A Biomimetic Approach which has been translated into twelve languages and is considered as one of the most outstanding books in the field of adhesive and esthetic dentistry.
He is a founding member of the Academy of Biomimetic Dentistry and a mentor of the Bio-Emulation think-tank group. In 2012, he launched a revolutionary approach to the teaching of Dental Morphology, Function and Esthetics (the 2D/3D/4D approach) for freshman students at the Herman Ostrow School of Dentistry of USC.